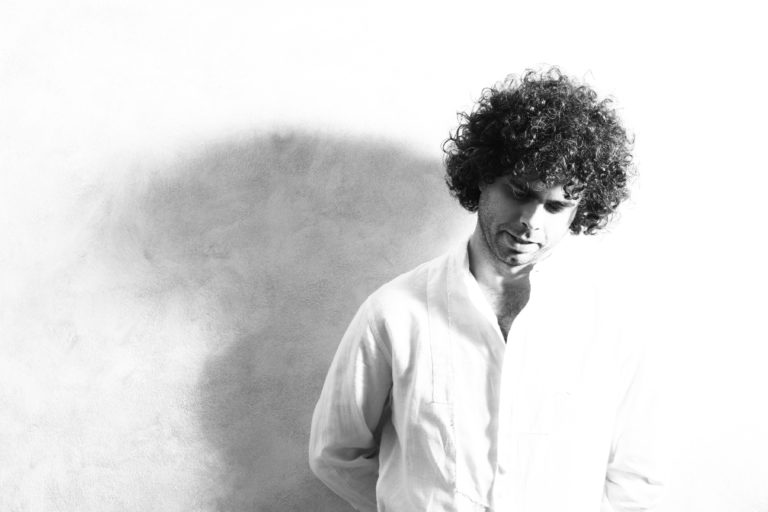 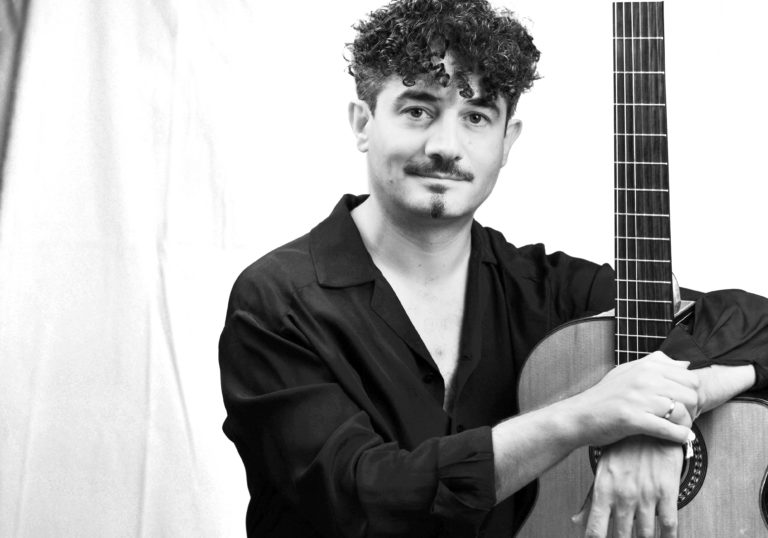 Antonio D'Alessandro was born in 1977 in San Giovanni Rotondo (FG), he learns the basics of the guitar from the Maestro Giuseppe Somenzari at "Umberto Giordano" school in Foggia and attends the modern guitar courses with Gianni Cataleta at "Guitar School" in the same city. He continues his studies with the Maestro Giulio Tampalini under whose guidance he graduates brilliantly at Conservatory "Lucio Campiani" in Mantua.
He then attends a specialization guitar course in  Rychonov (Czech Republic) and follows the master course with Alirio Diaz, Louis Biscaldi and Angelo Gilardino with whom he follows, from 2005 to 2009, the "Advanced Course in Guitar Improvement" at the Municipal School of Music "Francesco Antonio Vallotti" in Vercelli.
In the same period he wins the third prize at the "VI International Guitar Competition of Voghera" in duo with the guitarist Alessio Olivieri; the second prize (first not awarded) at 'XI National Competition "Riviera Della Versilia"; the third prize (first not awarded) at the National Competition in Ortona 2002 and the third prize at the “II National Competition” in San Giovanni Rotondo (FG) 2005.
In 2003 he takes part in the recording of a DVD for "EMERGENCY" at the Teatro Piccolo in Milan entitled "But the uniform of another color" dedicated to the singer-songwriter Fabrizio De Andrè with the actress Lella Costa and the musician Mauro Pagani, with the participation of the choir "Paolo Maggini" directed by Juri Lanzini and directed by Dori Ghezzi. In 2010 he records and releases his first solo CD for "Diffusione Arte” edition containing works by Francisco Tarrega, Enrique Granados and Federico Moreno-Torroba, and three CDs with the band "Isaia & Orchestra Radio Clochard” entitled “Lo Spacciatore Di Serenate”, ”Barcollo Ma Non Mollo... Live ", in 2011, “Belli Dentro Fuorilegge" in 2015, and in December 2013 a CD with violinist Stefano Zeni entitled "La Muerte del Angel", title inspired by a famous song by Astor Piazzolla.
Careful performer of the guitar repertoire from the romantic to the contemporary period, to Antonio D'Alessandro were dedicated works entitled “I Grifoni“ extracted from "Four Pindaric Studies for Guitar" published by the publishing house “Eufonia” by the composer Thomas Ziliani, “Le Isole Di Gauguin“ adapted from "Tre Impressioni Parigine” by George Master and published by " UT Orpheus" and "Studio n. 4 - Anita " by Giorgio Mirto and published by Sinfonica.
The constant commitment to deepen the guitar repertoire follows parallel the work of coordinator and promoter of cultural events on account of the Guitar Academy in Brescia, founded in 2004 together with the Maestro Giulio Tampalini, events that attract the attention of the international classical music scene, always positively reviewed and brought to the attention of the local press and specialized magazines, in addition to the commitment in the local broadcastings in which he presents and organizes programs dedicated to the literature and the history of the guitar.
He performs concerts as a soloist and in a duo with violinist Stefano Zeni, in the “Duo Capriccio”.
In 2006 he was named president of the Cultural Association "Giovanni Paolo Maggini" in Botticino (BS) inside which the eponymous "Music" School is active and where he plays the role of teacher. In 2010 he enters the management body of “Edizioni Diffusione Arte”, active and independent publishing house in Brescia and with which he organizes the “Mille Chitarre In Piazza“ event.
On 27 September 2014, the Scientific Committee of the "International Guitar Congress Michele Pittaluga" gives Antonio D'Alessandro the "Golden Guitar" award because of the intense activities of coordinator and artistic director of events related to the world of the six strings and in 2015 he joins the Maestro Filippo Michelangeli, Director of the magazines "Playing News" and "Seicorde", the artistic director of "International Competition Diapason d’Oro” and the show "Pordenone Music Festival" in Pordenone. From 2016 he is the artistic director of the "National Competition for Young Musicians in Cremona" under the "Cremona Music International Exhibition".
He plays on a guitar built buy the lutist Kolya Panhuyzen from Berlin.

There are no upcoming events at this time.